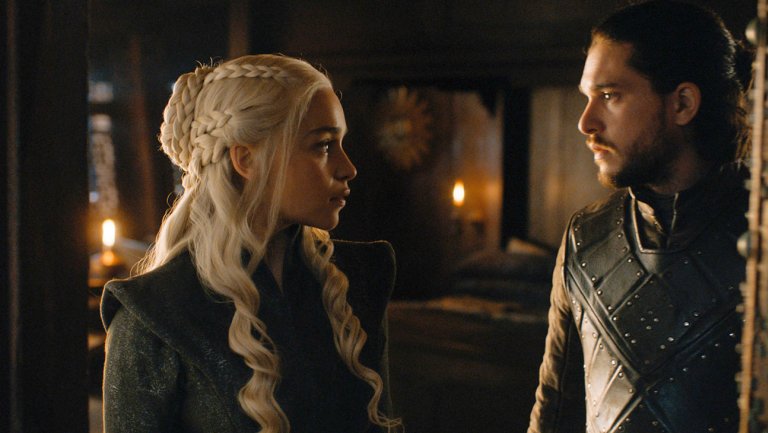 Game of Thrones Season 8 is coming soon! It will be the final season before we say goodbye to our beloved fantasy show. As complex as the story of Game of Thrones is, there are many plots that are confusing for both casual and hardcore fans. Here are some questions that need to be answered in the finale.

How will Daenerys and Jon react when they realize they are related?

We all know that the Dragon Queen and the King in the North ended up in a hot and steamy boat romance on their way through Winterfell. But how will they both react when Bran finally reveals the truth to Jon? How will he react when he realizes his new lover is actually – uhm his Aunt?

More importantly, how will Daenerys react to this when she realizes that Jon is the heir to the throne and not her. We all know that Dany spent her entire life trying to take back the Iron Throne. Is she going to step down or will continue to fight?

We all know that Bran is special. Even if he is crippled, he can warg to animals and even visit the past, present and see the glimpses of the future. One thing that left most fans baffled was the incident with Hodor that finally explained why Hodor can only utter Hodor.

If you remember the scene, Bran was traveling with the late Three-Eyed Raven through the past where he sees his young father, Lyanna and little Benjen Stark as well as seeing the young Hodor who was actually named Wyllis. Whilst watching, they are also currently being attacked by the Wights and the White Walkers in their cave. Bran warged to Hodor while he is still in the past causing some kind of glitch that he also warged to the past Hodor/Wyllis who collapsed and keeps repeating what Meera is screaming. “Hold the Door! Hold the Door!” 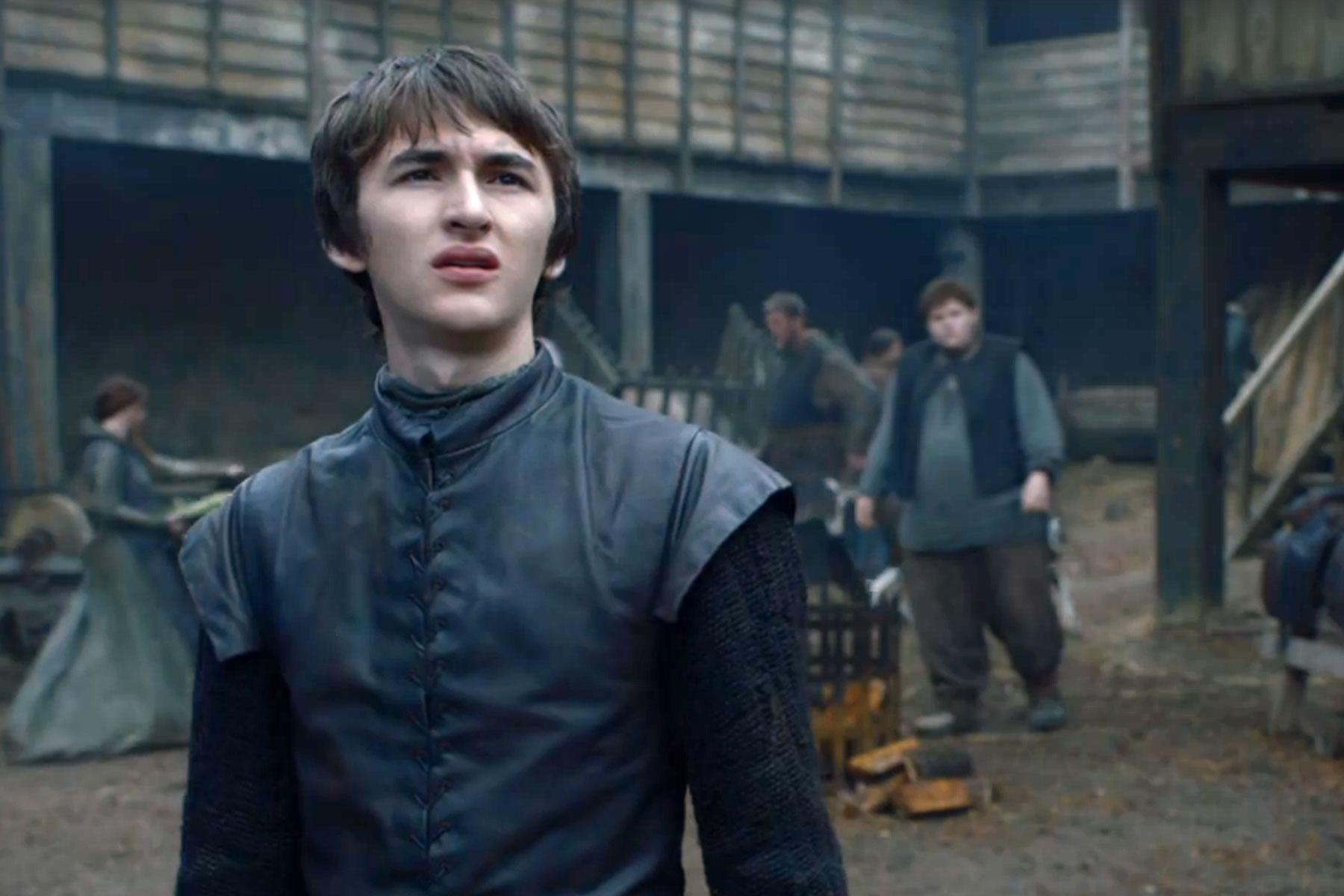 But this is not the first time where Bran actually influenced the past somehow. During the Tower of the Joy scene where a young Ned just finished battling Ser Arthur Dayne to save his sister Lyanna, Bran shouted “father!”. A young Ned momentarily stopped as if he heard something. These scenes prove that while traveling, Bran can somehow affect these timelines.

Can Bran actually change the past?

How did Craster end up sacrificing his sons to the Night King?

Craster is notoriously known for marrying his daughters. He keeps all the girls but ends up sacrificing his own sons to the Night King in exchange for his own safety in his keep. But how did he end up striking the deal in the first place? 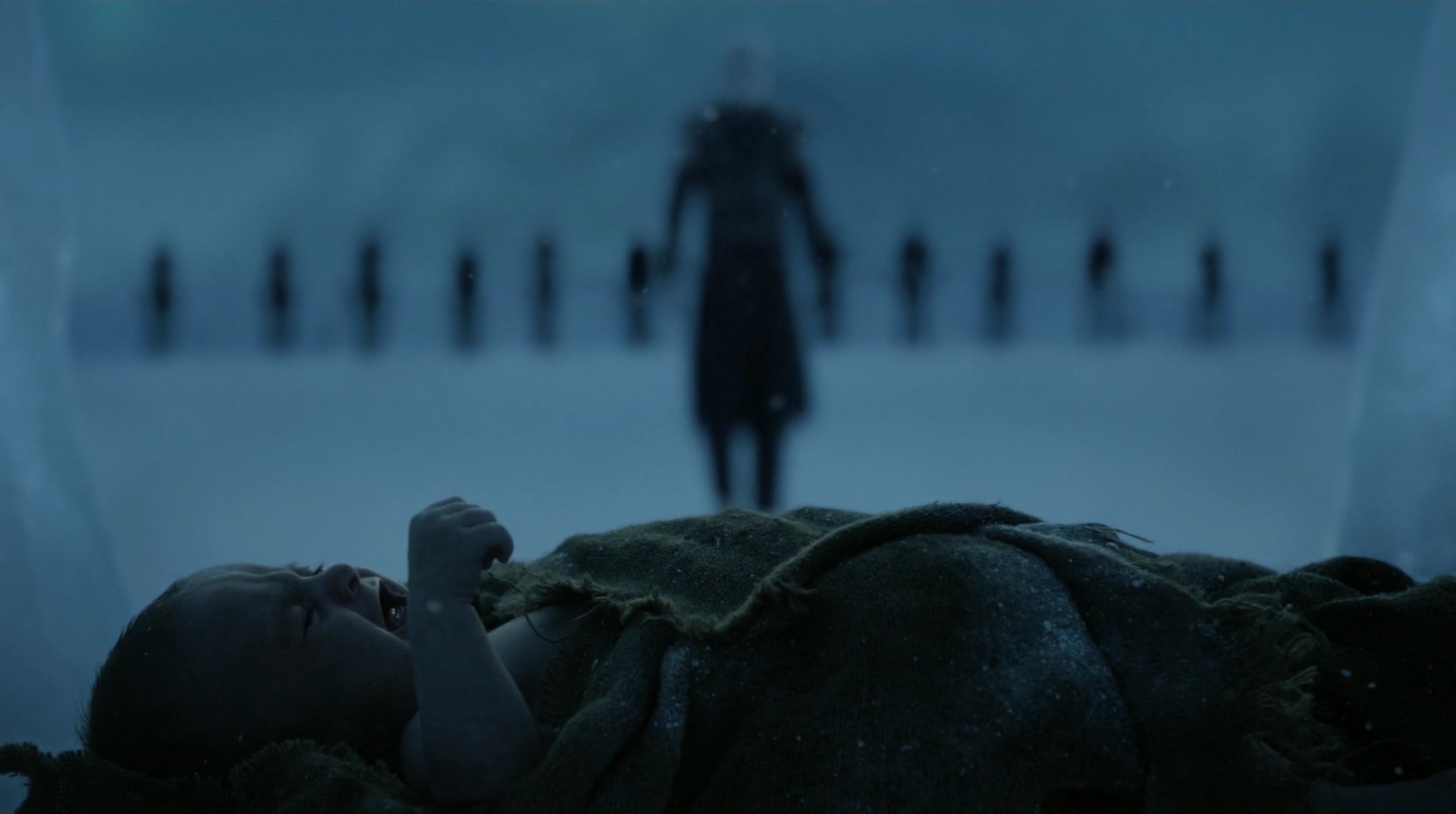 Why does the Night King want sons? We saw how he took a newborn that was left by Craster. The Night King picked the little infant and transformed him into a White Walker. This leads us to the next question.

What does the Night King really want?

We all remember that the Children of the Forest created the White Walkers as a weapon against the First Men who started cutting down their trees and conquering their lands. However, these White Walkers starts to turn against their creators.

The White Walkers are now marching south and we still don’t know why. All we know is he’s there to cause an unaccountable number of deaths and raising them up to add to his army of the dead.

The first Long Night happened a long time ago that the people of Westeros regarded these events as myths. But Azor Ahai, the legendary figure of the faith of R’hllor who forged the sword lightbringer to defeat the Great Other. Melisandre and her fellow priests believe that Azor Ahai will be reborn as the Prince that was Promised.

Who is the Prince that was Promised?

Speaking of the Prince that was Promised, there are numerous candidates. Melisandre originally believes it was Stannis Baratheon only for him to die. She realizes the vision from her flames can be misinterpreted but she declared Jon Snow as the one that was promised. 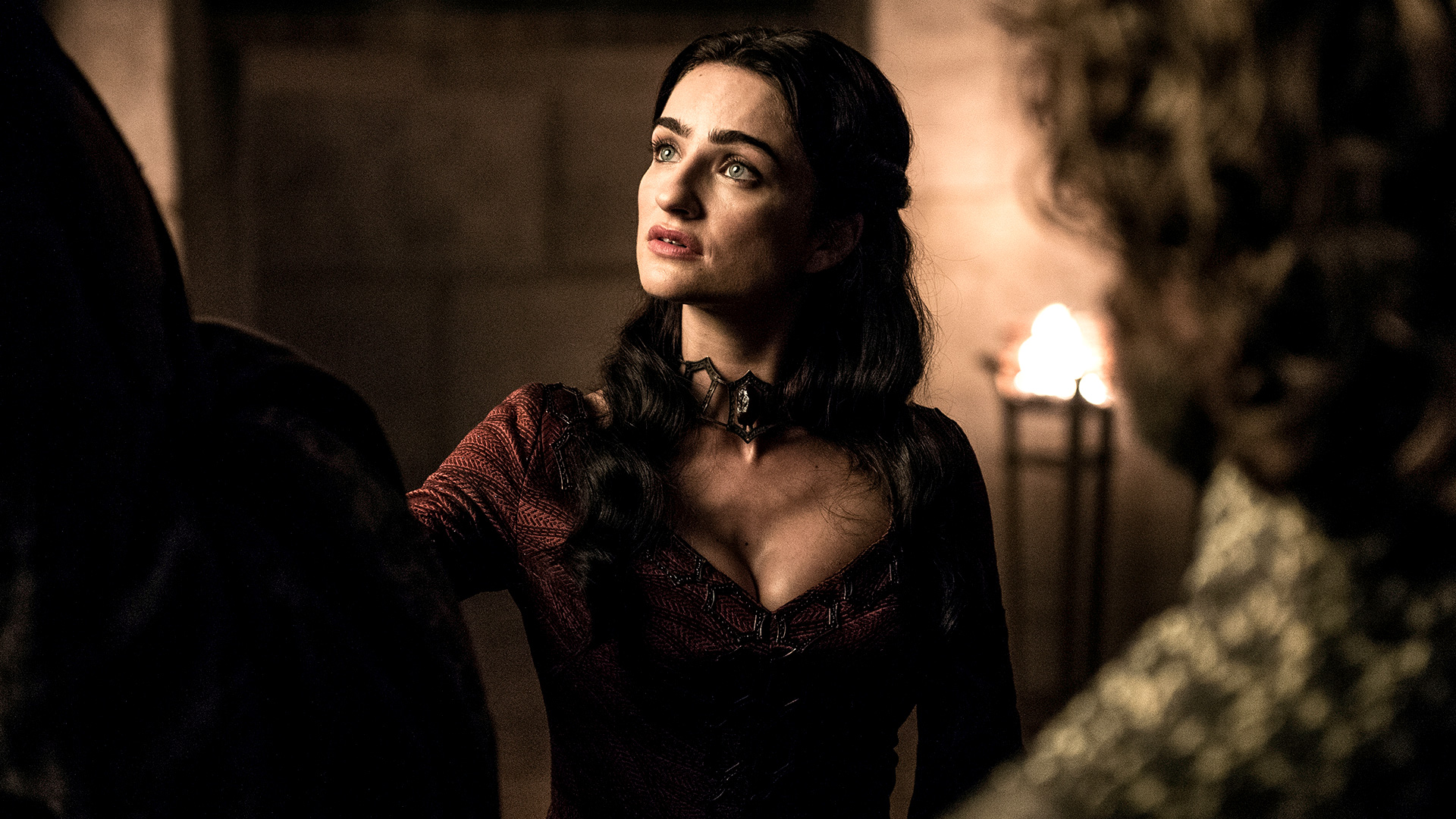 However, in High Valyrian, the term is gender-neutral. It can be the Prince or Princess that was Promised. The High Priestess Kinvara came to Mereen and believes that Daenerys is the one. She told her fellow priests to spread the good word about the Queen.

Who really is Varys?

Varys is still a mysterious figure for me. He is the master of Whispers and has a wide network of spies through his little birds. He said that he was a slave from Pentos and somehow he managed to end up serving Kings of Westeros and now, he is serving Daenerys. 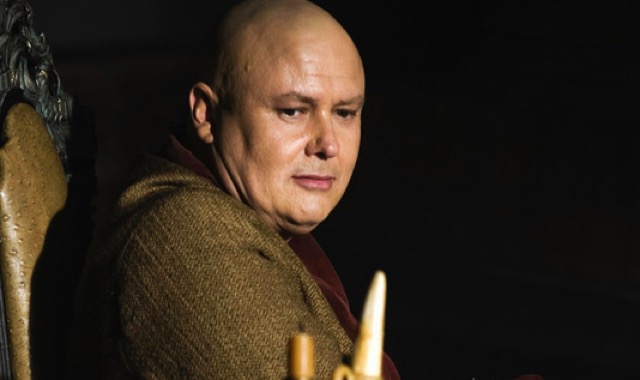 Varys’ been one of the greatest players in the game of thrones who is still alive. He’s been scheming, conspiring yet it is still unclear what does he really want. There are theories that suggest that Varys is a Blackfyre (a bastard bloodline of Targaryens) or even a Targaryen. He shaves his head to conceal his silver-blonde hair, a trait that only pureblooded Targaryens possess.

Remember when Varys told the story of how his parts were cut by a sorcerer for some ritual? His flesh was tossed in the flames and he heard a name. Kinvara seems to be aware of that. Who is Varys? Is he a Targaryen? Melisandre told us the power of King’s Blood, what if Varys is actually a Blackfyre or Targaryen?

Who will Kill Cersei Lannister?

A young Cersei once visited the witch, Maggie who told her of her future that: “You’ll be Queen, for a time. Then comes another — younger, more beautiful — to cast you down and take all you hold dear”

Several of Maggie’s prophecies already came true such as wedding the King, having 3 children and his husband 20 and lastly, all of her children dying. The show left the most interesting part in the books where Maggy stated: “And when your tears have drowned you, the valonqar shall wrap his hands about your pale white throat and choke the life from you.” 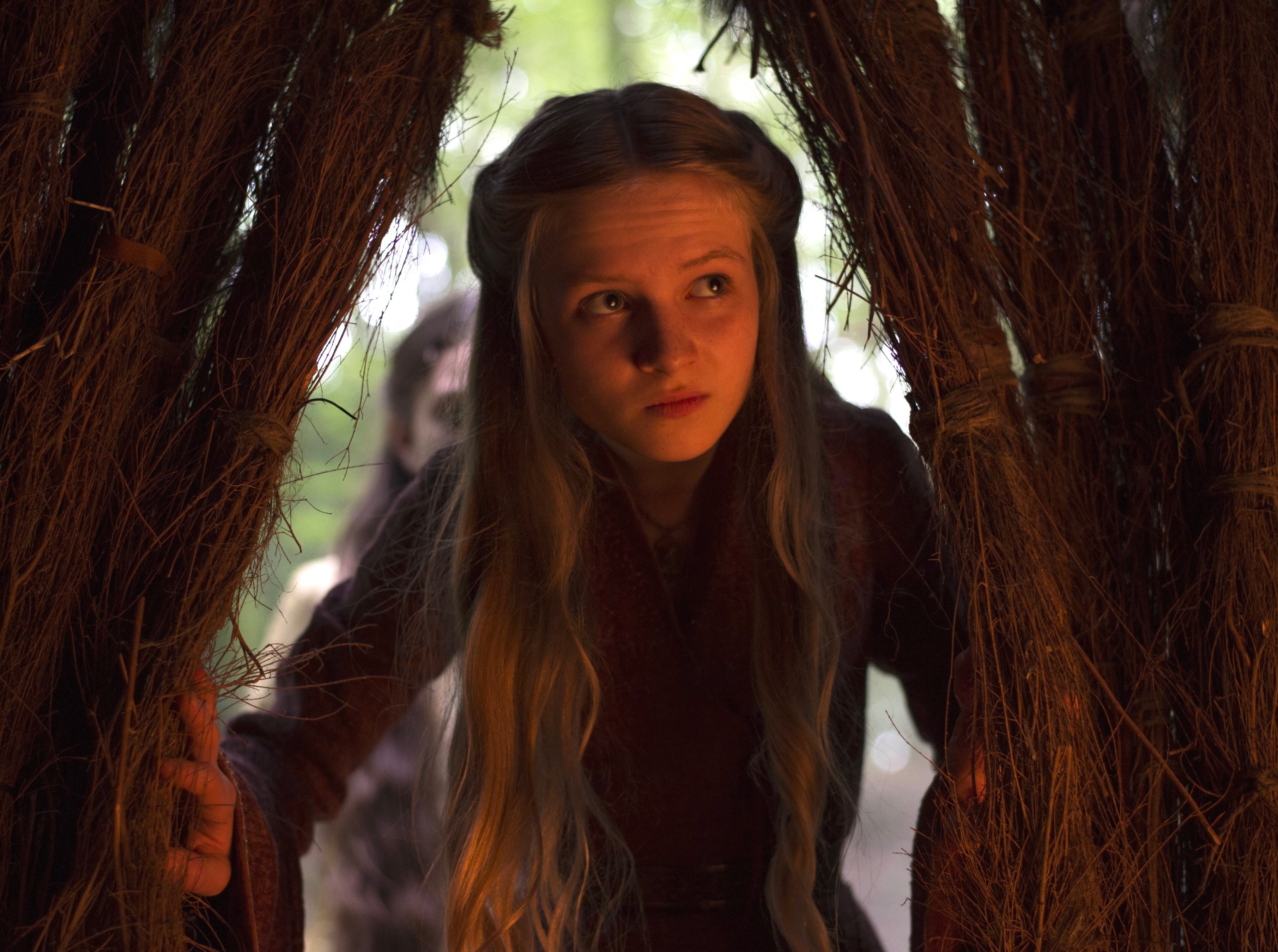 Who will end up in the throne?

The title of the show is Game of Thrones after all. Among the current surviving characters, who will most likely end up sitting in the Iron throne? Will there be a throne at all?

What happened when Tyrion brought a Jackass and a Honeycomb to the Brothel?

During Tyrion’s trial in the Vale, he confessed several crimes that he committed like milking an eel, making a bald man cry to the soup and her sister actually eating it or stealing a castle servant’s clothes forcing her to run back naked. He also mentioned bringing a Jackass and a honeycomb to the brothel and we never get to know what happens next. 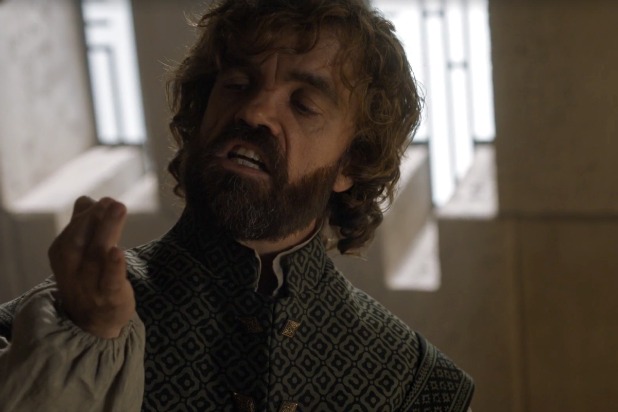 He also mentioned this again to Greyworm and Melisandre when they are trying to make jokes but he was interrupted once again. Will Tyrion actually get the chance to finish the story in Season 8?

What Podrick Did to those Girls?

Last, is what Podrick did to those girls? As a reward of his loyalty to Tyrion, he surprised him with three beautiful and skilled girls just for him. He came back to Tyrion returning the coins saying that he never had to use it. Tyrion and Bronn sat down and had to listen to all kinds of things that he did to those girls. 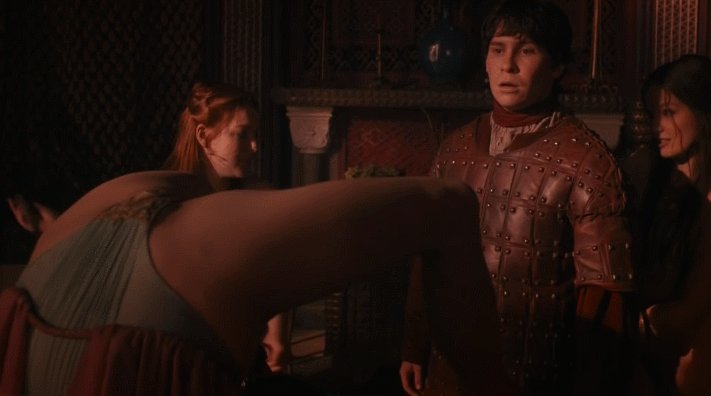 What exactly did he do?