Why Sansa Stark is going to win the Game of Thrones

We may remember Sansa Stark being the spoiled, snobbish little girl from season 1 who is head over heels with Joffrey. Her actions ultimately led to her father ‘s death Lord Ned Stark. Many people hated her ever since. Nevertheless, she is one of the remaining Stark who is still alive and breathing. While she may clearly not be a contender to the throne, there’s a huge chance that she might win the Game of Thrones and become the Queen.

It’s been hinted in Season 1

She was betrothed to Joffrey in season 1 and she was thrilled with the idea of marrying the Prince. There was this scene where her septa was preparing her for the role of being the future Queen. As we all know, Game of Thrones is always dropping hints and foreshadowing somewhere in the background.

She wanted to be the Queen since the beginning anyway. Though she later abandons this idea when she learned how messed up her betrothed really is. Now she’s becoming one of the major players who’s still alive in the game. She’s Lady of Winterfell now. She should technically become Queen since Robb Stark declared independence. Robb died as well as Rickon, Bran is the Three Eyed Raven now so the crown of the North should automatically pass to her.

Also, remember the prophecy about Cersei where she becomes Queen until another one comes, younger and more beautiful who will take all she holds dear. We all thought it was Margaery who actually did become Queen after she married Tommen. Daenerys is also a possible contender but have we ever thought of Sansa? She’s already taken one of the things Cersei holds dear. She was indirectly the cause of Joffrey’s death. She was carrying the poison on her necklace given by Ser Dontos which was taken by Lady Olenna to put on Joffrey’s cup.

She learned from the best players 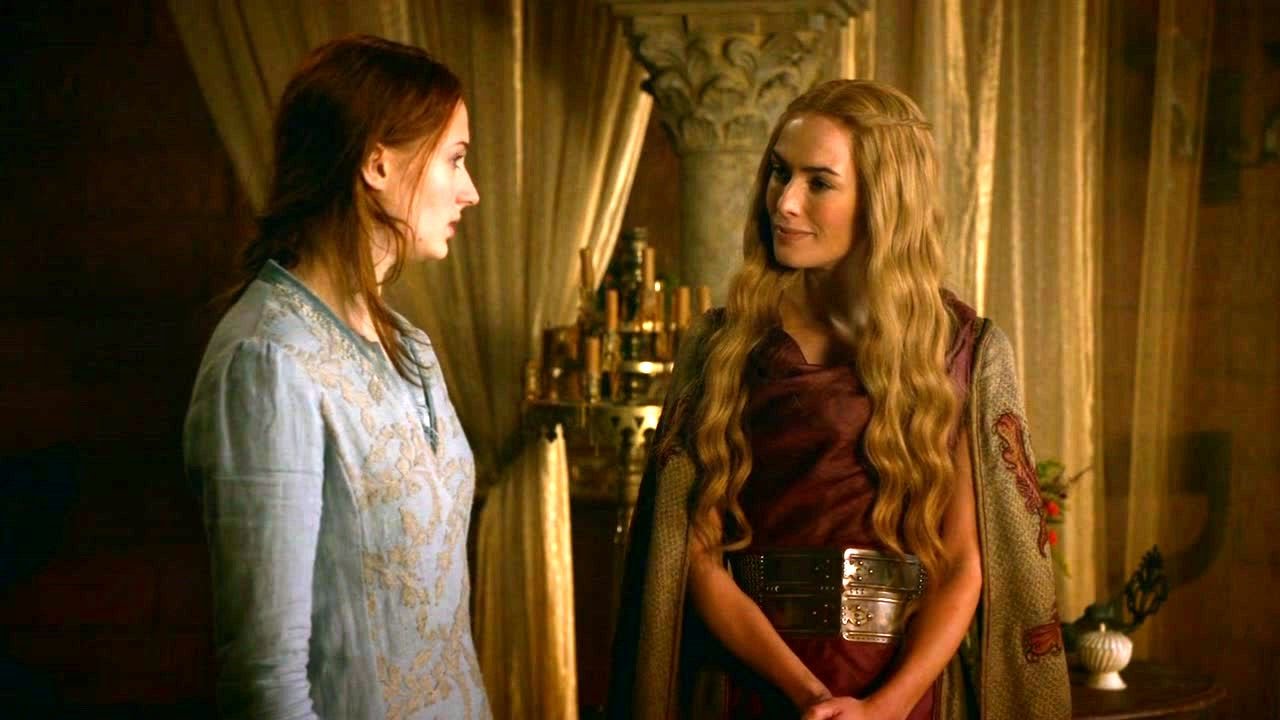 Like most girls from noble families, she was trained to sit, smile, sing and sew like any other highborn girls. She’s expected to marry and produce children. She expected her life to be just like that until crazy shit happens around her. She soon realized that life is not like the songs about knights and chivalry. She’s learned from her own mistakes and that eventually made her stronger.

From being a pawn she became a patient player. She’s been taken under Cersei’s wing, giving her advises on how to be Queen and being a woman in their position. She’s also closely observed Margaery, one of the best manipulators who actually became Queen. Lastly, by Littlefinger whom she managed to outmaneuver and kill for betraying their family and trying to cause a rift between her sister. She learned from the best and she outlived most of them. 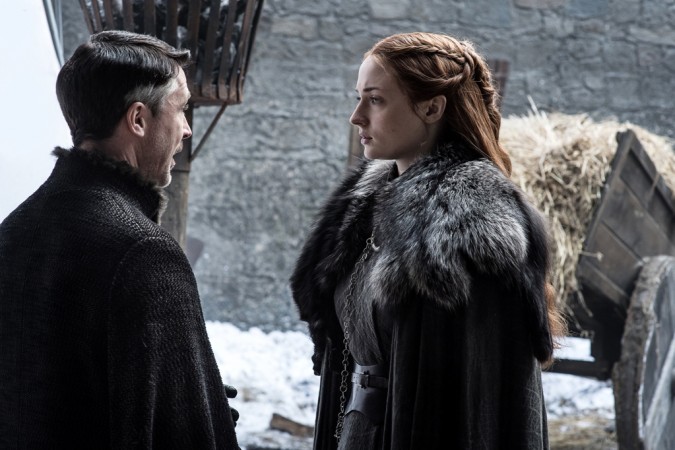 Sansa has the qualities that a Queen needs

Sansa may not be a warrior like her sister but she’s a survivor. She’s become a punching bag, a hostage, been raped and abused, threatened to death countless times and she survived it all and did it without losing her mind. She’s stronger than she looks.

When Jon left her in-charge of Winterfell, she showed a great deal of leadership skills and did her best to manage and run the North. She also genuinely cares for her people making sure there’s enough food for everyone in winter. She commanded the vassals to ration it, she told the armor makers to line the armors with leather so their soldiers will not freeze when winter comes.

Sansa is also polite as a Queen should be. She’s a diplomat who also knows how to conceal her true emotions. We can see how bothered she is for Jon bending the knee for Daenerys but she showed a smile and welcomed Daenerys in her arrival. 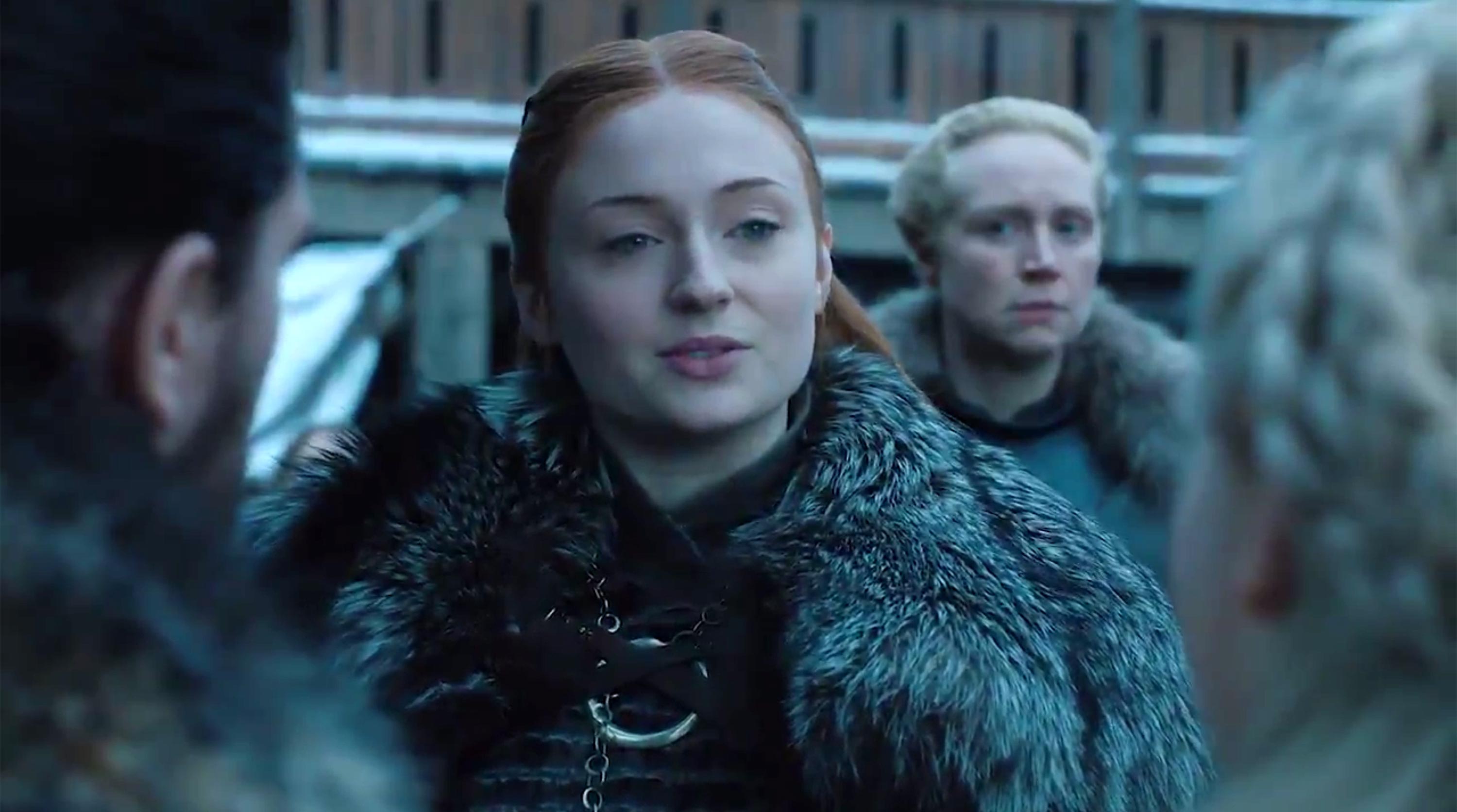 “Winterfell is yours, your Grace” See her poker face and that hint of sarcasm?

Sansa is based on Queen Elizabeth of York

The author George R.R. Martin loosely based his novels in the real life historical events people may know as the War of the Roses. The conflict between Starks and Lannisters is a parallel with the war between House York and House Lancaster. Elizabeth of York is the oldest daughter of Edward IV of England. Her marriage was the key to securing the crown thus ending the war between the two families.

She was highly desirable and Tywin even admitted that she was the key to securing power in the North. This is why he married his son to Sansa. Though the marriage did not really last.

Elizabeth of York married Henry VII which is actually her cousin (any hints?) and she became Queen by his side. Her marriage secured Henry’s rule and they created the Tudor dynasty.

Marrying Sansa would solidify the power on whoever wants to sit on the throne. No major house would probably rebel against her rule since she has ties to the three major kingdoms in Westeros, the Riverrun (her last living uncle Edmure being the lord), the Vale (through her crazy Aunt Lysa’s son Robin being the lord) and the North (she’s the sole heir since Bran rejected the role). What do you think? Will Sansa be the Queen at the end of the final season?