Why Daenerys Targaryen will not sit on the Iron Throne 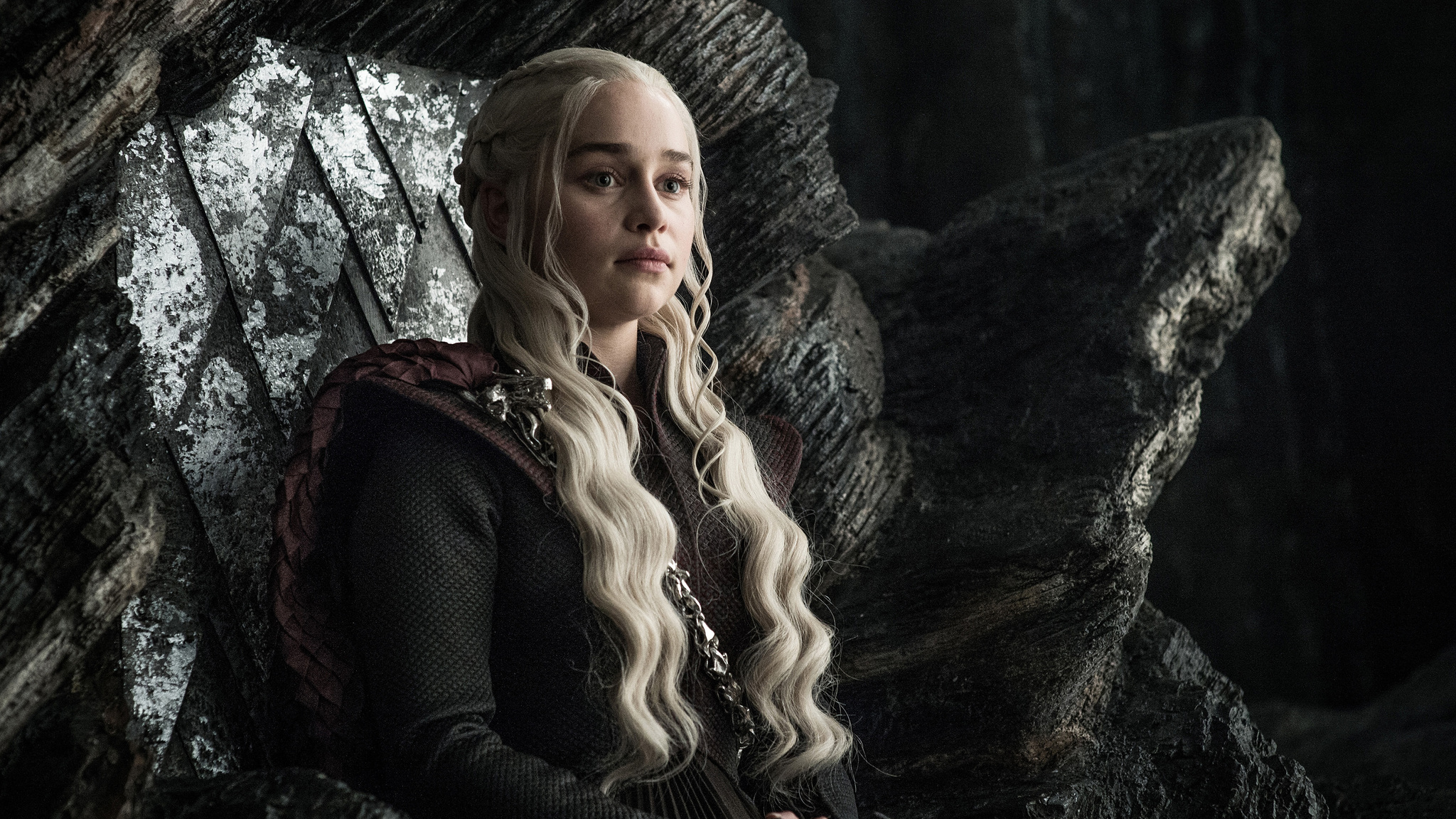 We all know Daenerys Targaryen‘s main purpose is to go home and take back the throne when it was taken from her family during the Robert’s Rebellion. She believes that it is her birthright as one of the last living Targaryens. We watched her all through the seven seasons from a timid little girl who follows her older brother Viserys, she grew into a fierce Queen, a conqueror, a liberator and a mother of dragons.

Daenerys story is one long journey on the way to Westeros to finally take back what she believes is hers. It took 6 seasons for her to finally step on her homeland. Now with a massive army of 100,000 Dothraki, 10,000 unsullied and 2 remaining dragons, her chances of taking it from Cersei may seem high. But remember that this is the Game of Thrones. Anything can happen.

She is not the true heir to the throne

We all know Westeros is a patriarchal society with the preference of men over women. Her father King Aerys III (the Mad King) had two sons Prince Rhaegar and Viserys, who were of course the first ones to come in line before any daughters. Rhaegar who was married to Elia Martell and had two children: Princess Rhaenys and Prince Aegon. Both were killed by Gregor Clegane (the Mountain). Although there are rumors that Aegon is actually smuggled out and still alive (that’s another story). Sadly, Rhaegar annuled his marriage to Elia Martell for Lyanna Stark.

We’ve seen Rhaegar and Lyanna actually married and eventually had a son. Aegon Targaryen aka Jon Snow which makes him the actual heir of the Iron Throne and not Daenerys. No one knows about Jon’s true parentage except for Ned Stark who’s already dead, Howland Reed who accompanied Ned on the Tower to fetch Lyanna, Samwell Tarly who saw the journal of the Maester who annuled Rhaegar’s wedding and Bran who solved the puzzle. 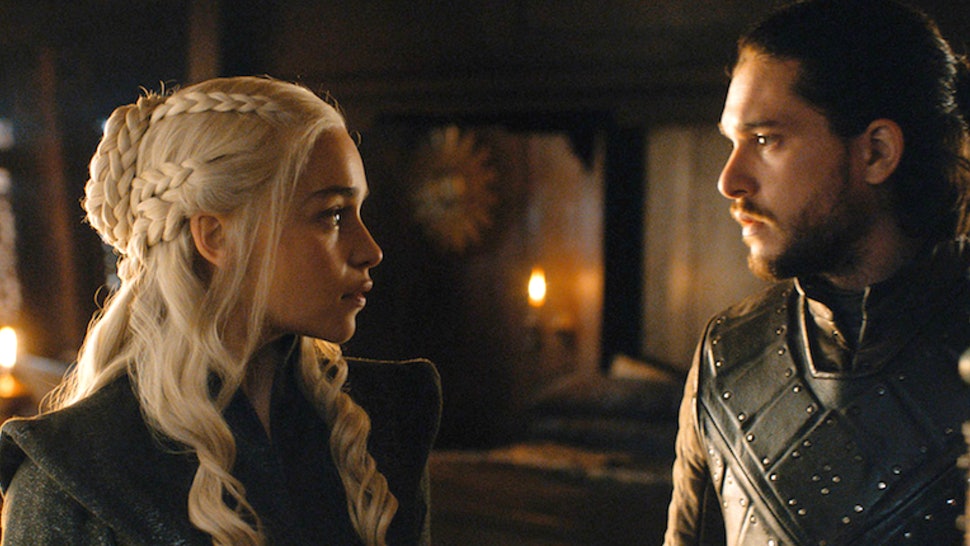 She could marry Jon Snow as seeing they are already romantically involved. She may be Jon Snow’s biological aunt but incest has never stopped the Targaryens. Targaryens are one of the pure blooded Valyrians and are known for only breeding on their own kind to keep the blood pure. I suppose it has something to do with their abilities to control dragons.

When her dragons were kidnapped by Pyat Pree, the blue tongued sorcerer in Qarth. She had no choice but to go to the House of Undying and there she had several visions. Including the ruined Red Keep. The surroundings also covered in Snow, Winter obviously came. As she is about to approach the throne, she saw a blue winter rose. Now why is this important? We can recall the story where Petyr Baelish told Sansa that when Prince Rhaegar won the tourney in Harrenhal, he rode past his wife Elia Martell and placed the crown on Lyanna Stark’s love, making her his Queen of Love and Beauty. The crown was made of blue winter roses and it is said to be her favorite. The blue winter roses is symbol of Lyanna and Rhaegar’s love affair and Jon Snow as the result of it. 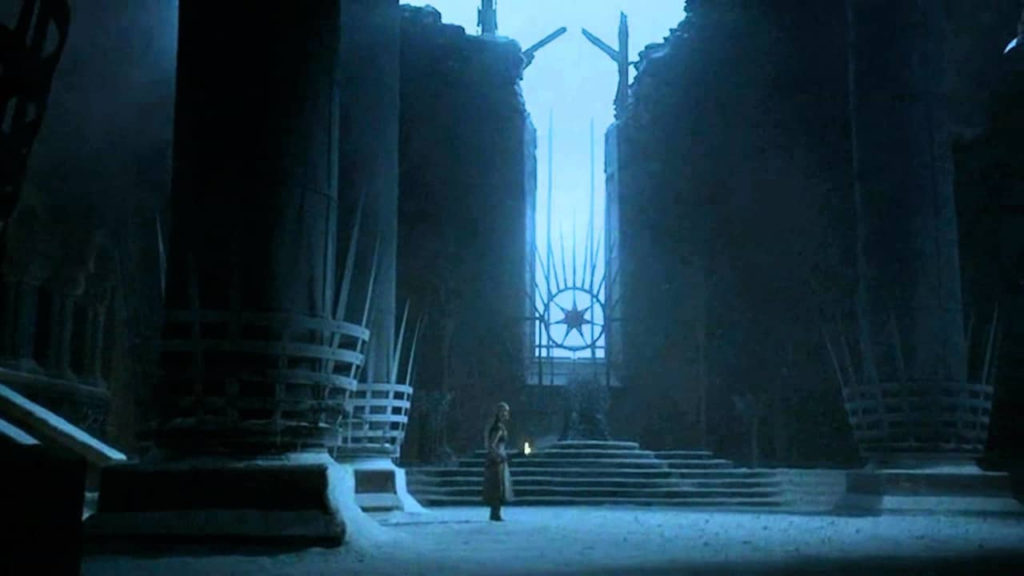 She couldn’t quite touch the throne in her visions and this may be a foreshadowing that she will never sit on the Iron Throne. The next thing she saw was the Wall and the lands beyond it. Which means she will be involved in the upcoming war between the living and the dead. We already saw this coming true as she rode beyond the North to save Jon Snow. However, it resulted to the death of one of her dragons, Viserion. 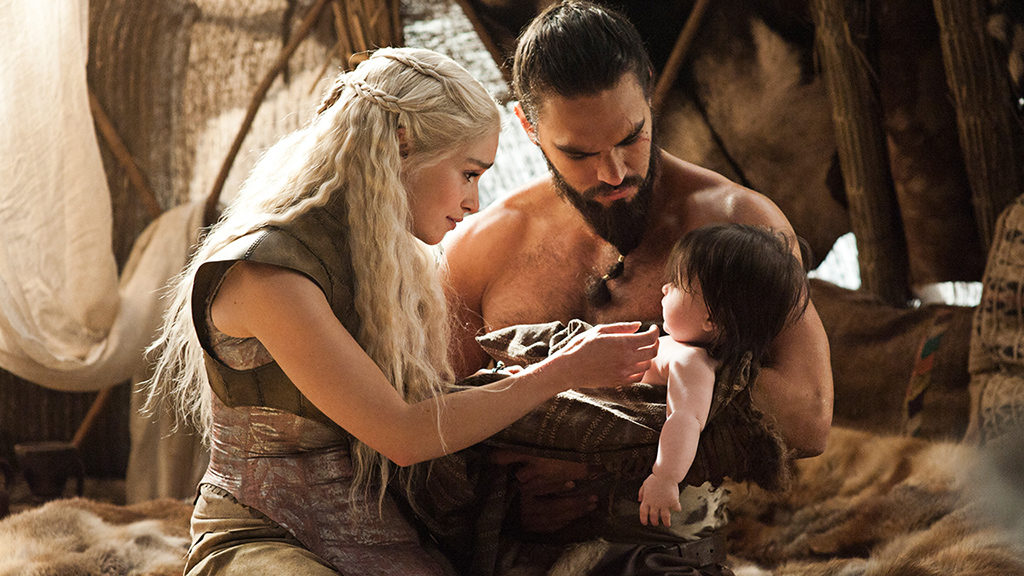 Lastly, she saw her dead husband Khal Drogo and her stillborn child in some kind of afterlife. This could mean that Daenerys Targaryen may die fighting the White Walkers. However in the vision, we saw her leaving Drogo and her son knowing when she heard the cries of her dragon. The visions are open to many interpretations.

She will die of Childbirth

Just like her mother Queen Rhaella who died giving birth to her. Although Daenerys was said to be barren, even Jon was skeptical about this. I strongly believe that this is a foreshadowing of Daenerys having a child again (Possibly by Jon! Gross). We already witnessed that hot and steamy boat scene between them.

I’ve read a possible spoiler plot that Daenerys Targaryen will give birth to a daughter (that will be named Lyanna) and die. Jon Snow also dies and Tyrion ends up being regent and raise the baby Lyanna with the help of Missandei. I hope this is not how it ends up.

Daenerys Targaryen’s final betrayal will cause her demise

Although it was never mentioned it the show, in the books Dany was told a prophecy during her stay in Qarth.

The first one, once for blood obviously depicts Mirri Maz Durr, the witch who betrayed her by sacrificing her unborn son to save Drogo. The second one is Jorah who was secretly sending information about Daenerys to Robert in order to be pardoned on his crimes. The third one can be tricky. There are three men who are currently in love with her. First was Jorah whom she friendzoned. Jorah is unlikely to betray Daenerys. He’s the kind of guy who’s willing to die for her.

The second is Daario Naharis, the sexy roguish sellsword whom she left in Mereen to keep the peace. Will Daario be pissed off for leaving him behind?  Or will it be Jon Snow. Now, there is a popular theory that Jon Snow is Azor Ahai reborn and he will need to sacrifice the love of his life in order to defeat the White Walkers.

To fight the darkness, Azor Ahai needed to forge a hero’s sword. He labored for thirty days and thirty nights until it was done. However, when he went to temper it in water, the sword broke. He was not one to give up easily, so he started over. The second time he took fifty days and fifty nights to make the sword, even better than the first. To temper it this time, he captured a lion and drove the sword into its heart, but once more the steel shattered. The third time, with a heavy heart, for he knew beforehand what he must do to finish the blade, he worked for a hundred days and nights until it was finished. This time, he called for his wife, Nissa Nissa, and asked her to bare her breast. He drove his sword into her breast, her soul combining with the steel of the sword, creating Lightbringer.

Melisandre already affirmed that Daenerys has a role to play in the upcoming war. He believes that Jon Snow was the one who was promised and Daenerys will be playing the role of Nissa Nissa.

There will be no Iron Throne in the end

With the threat of the White Walkers, Westeros is practically doomed. In the end, everyone may die even Daenerys Targaryen, Jon Snow or Cersei Lannister. If you think this is a happy ending then you haven’t been paying attention. This is Game of Thrones. At the end, there might be no Iron Throne at all or Westeros might revert back into being 7 kingdoms that are independent and separate. 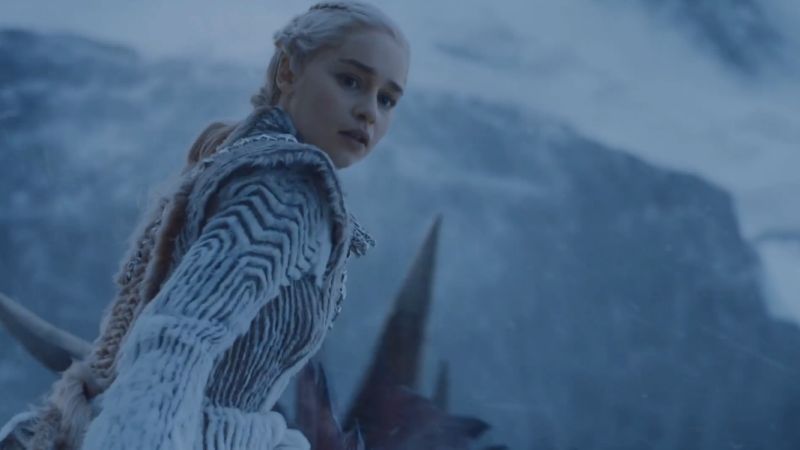