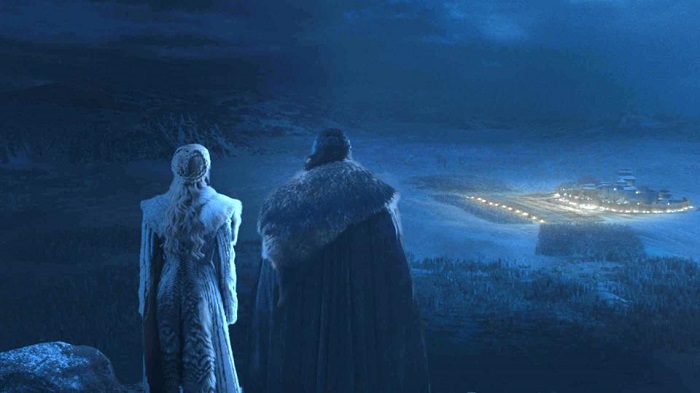 It took 55 days to produce the 82-minute episode. The Battle of Winterfell is one of the most anticipated happenings in the Game of Thrones Universe. The Night King finally made it past the wall and marching down south Jon Snow and Daenerys’ forces prepare to defend the living.

Warning for Game of Thrones Season 8 Episode 3. This review is dark and full of spoilers!

Everyone is getting ready in their positions and waiting for the entire army of the dead. Melisandre out of nowhere had to come just in time. It was nice to see her fire magic and giving everyone buffs and lighting up the Dothraki arakhs for extra motivation.

Their strategy using the Dothraki Horde as cannon fodder, their infantry right outside and the lack of arches and ranged weapons. Letting their calvary charge in an open field only to die in a matter of seconds. 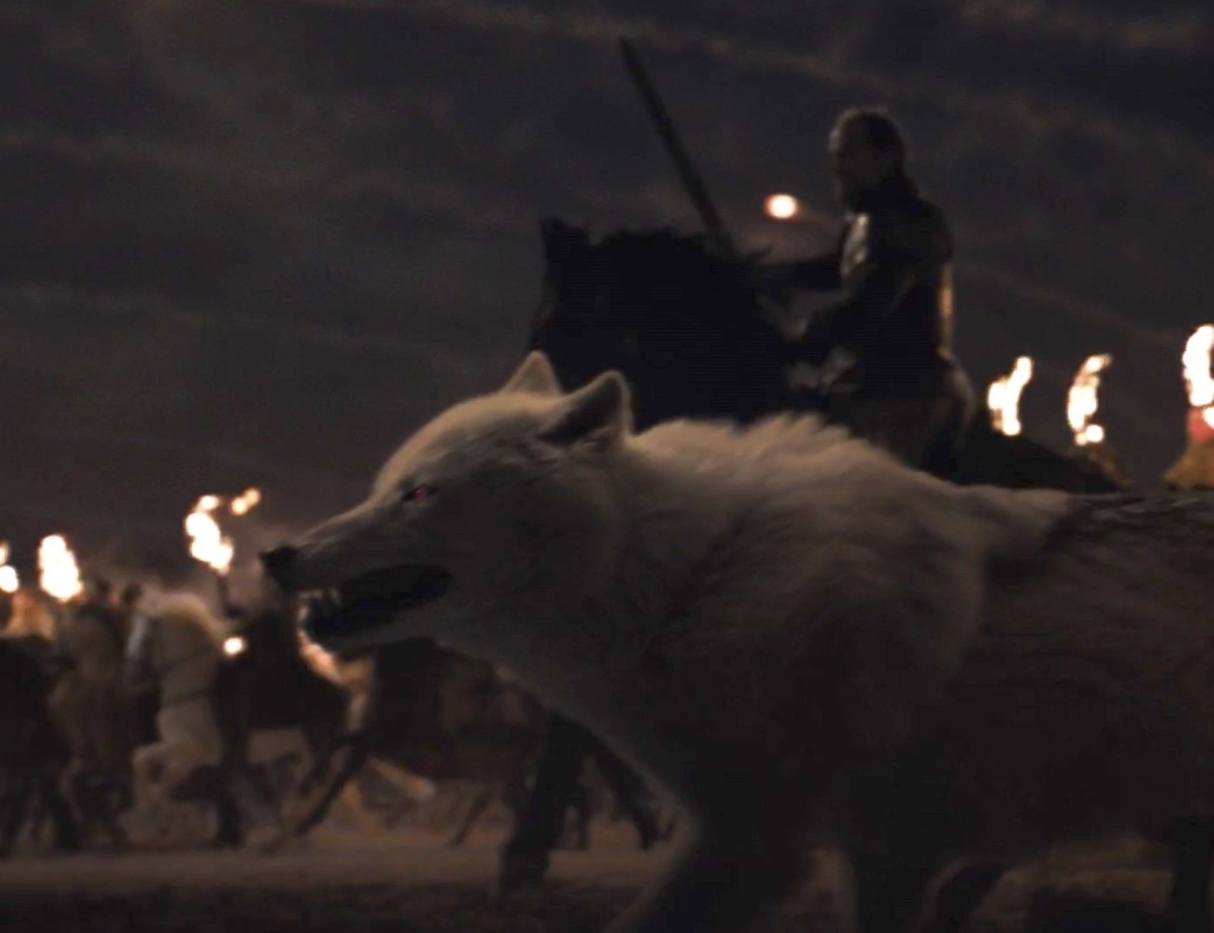 Also, why is Ghost charging with them? Let the puppy live!

Dany’s army is quickly massacred. Poor Dothrakis are just a sacrifice. You can see Dany’s look in her face as she watches them die, she broke the plan and charged on her dragon when the initial plan was for them to wait to kill the Night King.

There was really no way for them to win unless they kill the main boss. They are clearly outnumbered and every death means additional soldiers for the Night King. I expected a lot will die and of course they did.

Rest in Piece for Dolorus Ed who died saving Sam. He deserved better. To all the Dothrakis, Unsullied, Wildlings and all the soldiers who were merely pawns in the war.

I suspected for House Mormont to go extinct the moment Lyanna Mormont decided to fight. Her bravery, her fierceness is admirable and her exit was amazing. A tiny girl taking out a giant. She’s a legend.

It is true what she said, every Mormont fighters are equivalent to 10 men. Sad to see them go. 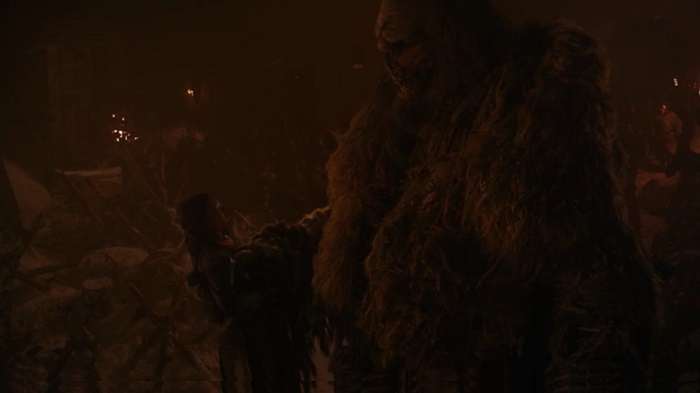 Jorah has always been meant to die for Daenerys. I suspected it already. He died protecting the woman he loves. It was a sad moment. Dany loves Jorah though not romantically. You can see how devastated she is cradling him as he dies in her arms.

Also kudos to Dany picking up a sword, trying to fight. At least we can say that she is willing to risk her life and not just rely on her dragons. She proved herself to be a true Queen which still kinda makes me root for her. 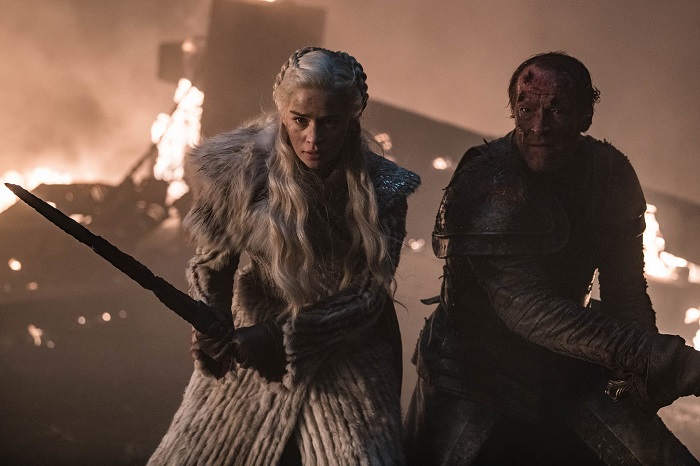 But she lost a lot lately. She’s going back to having nothing. She lost her most loyal advisor and protector, she lost her dragon earlier and almost lost her two remaining dragons, she lost 90% of her Dothrakis and a lot of Unsullied soldiers and on top of that, she knows that she is not the heir to the throne. That’s a lot of loss for her.

Though it was short, I love the cloud battle scene between Drogon, Rhaegal and the wight Viserion. Now at least we have a glimpse of what the Dance of the Dragons might have looked like. 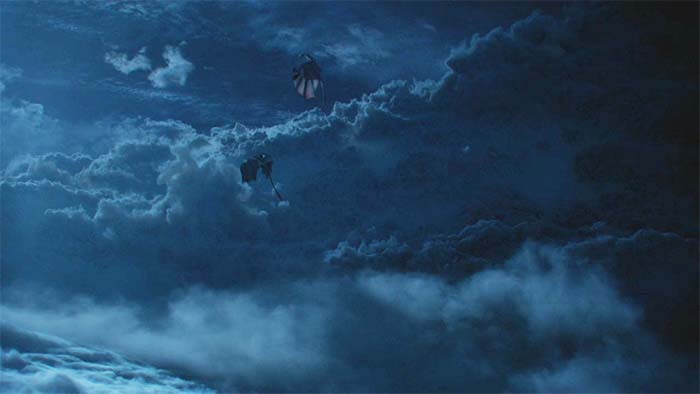 It would be fitting if Drogon kills Viserion the same way Khal Drogo killed Viserys. Or vice versa.

Dragonfire has no effect to the Night King. We saw his chilly smirk as the flames died out and the fear of Daenerys’ face when it didn’t work. 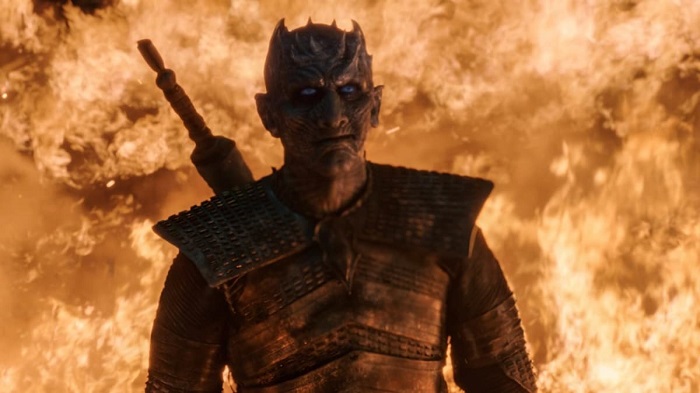 No this doesn’t mean the Night King is a Targaryen. Remember that the Targaryens only came to Westeros 300 years ago and the Night King’s been around for thousands of years. They are ancients that the White Walkers are regarded as myths in Westeros.

What was Jon trying to do?

They totally ignored and made Jon look useless. Although he has a high count of kills the whole time when he was riding Rhaegal and berserking on the ground.

But it was a dumb decision facing the undead dragon and screaming at it. What is he trying to do? Die?

Everyone in the Crypts

It wasn’t a good idea that those who cannot fight will hide in the crypts, a place full of dead people. As the dead were raised, they emerged from the old crumbling stones and started killing every defenseless citizen. But where else can they hide anyway?

They had an ample amount of time where the defenseless can evacuate Winterfell maybe they should have just retreated south like in the Vale or Riverlands. 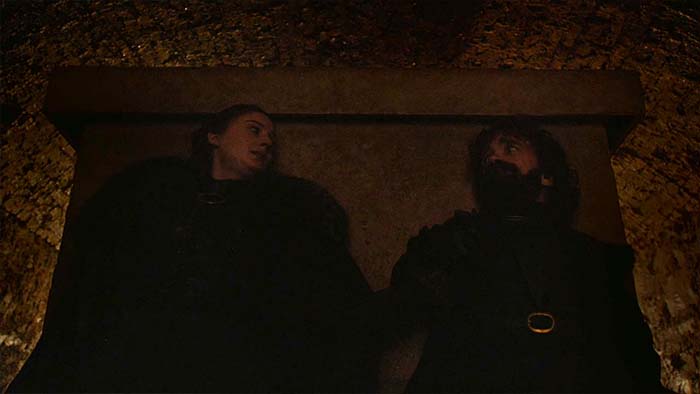 Tyrion and Sansa talking about their marriage was a tender moment between the two them.

“You were the best of them”

“Perhaps we should have stayed married”

But they didn’t really do much. Although I have a strong hint that the two of them will survive the last war. The Game of Thrones is inspired by the War of the Roses and ended when House York and Lancaster was united.

Bran knew he was going to die and he said what Theon needed to hear. He’s home, he has redeemed himself from all that he did. Theon has one of the best character development. We have gone from hating him, feeling sorry for him and eventually rooting for him.

What is dead may never die. 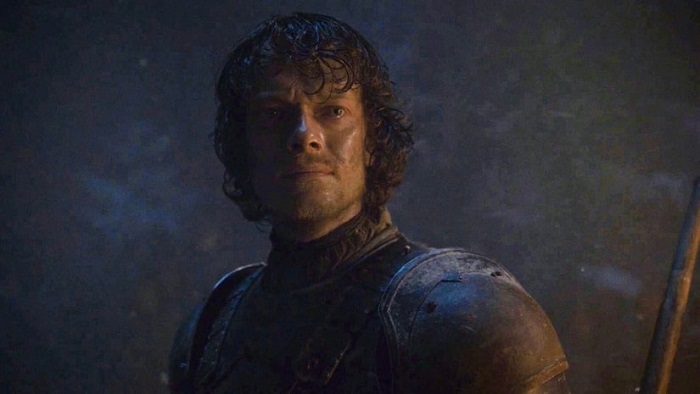 At least he died with a purpose. Although he didn’t really take out at least a few of the White Walker generals at least he gave Arya more time to sneak in to fulfill her purpose.

I didn’t expect Arya to be the one that will kill the Night King. We are so sure that it is either going to be Jon, Dany, Jaime even Beric but it was Arya all along. It makes sense now back in the previous seasons. Syrio Forel, her dancing master/sword fighting teacher first taught her “What do we say to the God of Death?” Not Today.

The same thing Melisandre told her after she repeated what she said to Arya that she will shut many eyes.

How can we all miss that? 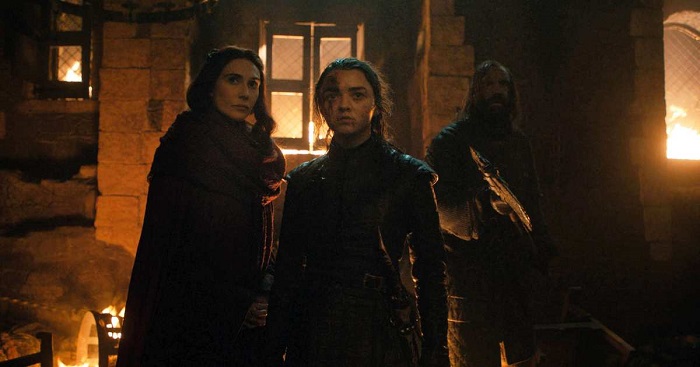 This is why Bran gave Arya the Catspaw (Valyrian Steel Dagger). I think Bran knew all along that his sister will kill the Night King, Melisandre knew and Beric probably did too. That’s why he died trying to save Arya.

But the Night King’s death is somewhat disappointing. He went too quickly. He was introduced as a force to be reckoned with, he can raise the dead, immune to fire and can even bring the storm only to get outsmarted by a sneaky little ninja. 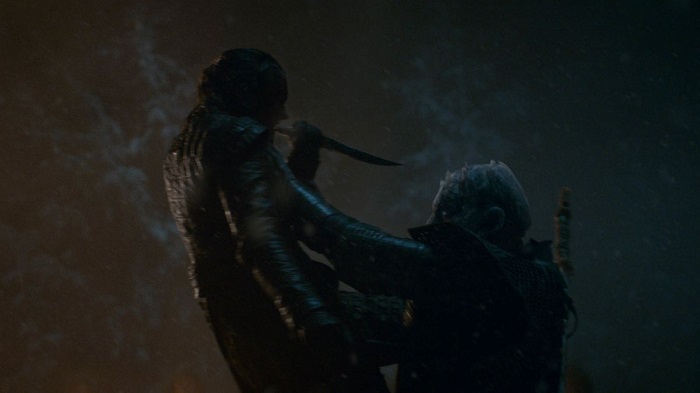 The battle sequence was entertaining at its best. You can really feel the tension, their fear knowing that it will be the end of them.

I wanted a little 1v1 between Jon and the Night King. It has been hinted in Hardhome. But before Jon could even reach the Night King, he just respawned all of the dead. To him, Jon is just a minor annoyance that his minions can probably handle.

He’s been really nerfed down. But I wouldn’t really say that Jon is useless. Remember that he was the one who’s been trying to unite everyone to fight against the dead. Without Dany, her dragons and her army, they wouldn’t last that long.

It is a little bit poetic to know that Winter (The Night King and his army) Fell in Winterfell. The very name of their castle they are trying to defend.

Still, I think they rushed the Night King and his purpose. He was made to nothing more than a force of destruction. I thought that there is going to be more of the Night King, his real purpose and why he is marching south other than wanting to cause the end of the world.

The White Walker generals are useless. I was hoping to see them doing some crazy shit and make everyone cower in fear yet they are only for displays to make the Night King look badass. They did not even sense Arya coming. And poof, just like that they shattered to pieces. The living won.

So this is after all the Game of Thrones. The battle against the living and the dead is over. They will eventually come back to being a bunch if squabbling houses fighting over the throne. 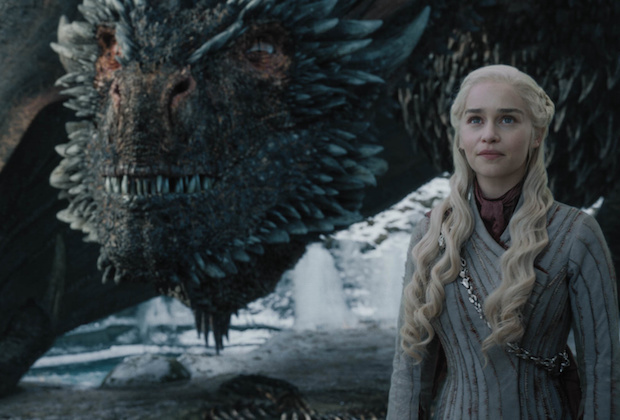 While Cersei remained unconcerned with the great war, it will be the perfect opportunity for her to strike while her enemies still lick their wounds. How would Daenerys’ remaining forces be able to beat Cersei who recruited a fresh troop of 20,000 Golden Company soldiers?

I am pleased to see Drogon and Rhaegal being alive in the Episode 4 Trailer. As well as Ghost!