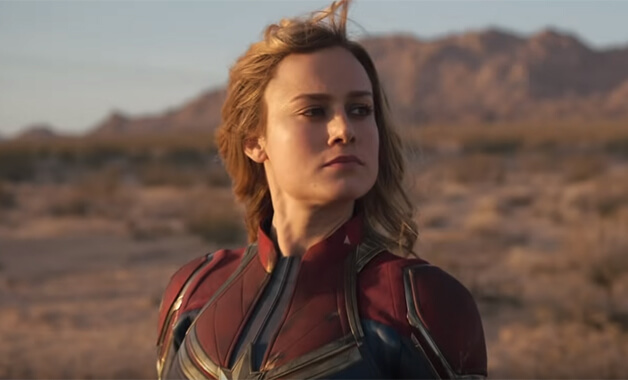 I was 12 when the first avenger movie came out and I am a little bummed by the lack of powerful female superrheroes in the film. We have seem to only have Black Widow, an ass-kicking spy. So I’m glad we are getting more female heroes from the film such as Scarlet Witch (my favorite so far and still the most powerful in my opinion) and Captain Marvel.

We’ve first known that there will be an upcoming Captain Marvel movie during the post-credit scene of Avengers: Infinity War. We saw that Nick Fury was holding a pager which revealed a gold star in a red and blue background. Kevin Feige (the president of the Marvel Studio) even said that Captain Marvel is the most powerful avenger yet.

Premise of the Story

(Spoiler Alert! If you don’t want to be spoiled then don’t read!)

So “Vers” is a human brought by the Kree who made her just like them. She was enlisted in the Starforce, a team of super-powered individuals brought together by the Supreme Intelligence in Hala, the capital of the Kree Empire. She’s stronger, faster and gifted with incredible power. She’s mentored by another Kree warrior, Yon-Rogg who trains her to become stronger. Vers does not remember who she is or where she came from. But she keeps having recurring dreams and flashbacks of an old woman.

The Supreme Intelligence of Kree wanted to keep her emotions in check for they believe this can affect her. Nevertheless, she was chosen to participate in an infiltration mission against the skrulls where she ended up being taken by them. The skrulls tried to gain access of her memory, trying to locate the technology that the mysterious woman in Ver’s dreams made. That woman was under the name Dr. Wendy Lawson.

After a struggle, she managed to escape the skrulls and crash landed on Earth. There she met a younger Nick Fury. They discovered that Vers is actually a pilot named Carol Danvers presumed to die while experimenting a jet designed by Dr. Wendy Lawson. They were soon attacked by S.H.I.E.L.D. agents led by a Skrull pretending to be one of them. However, they escaped and paid a visit on the last person to see Carol alive. 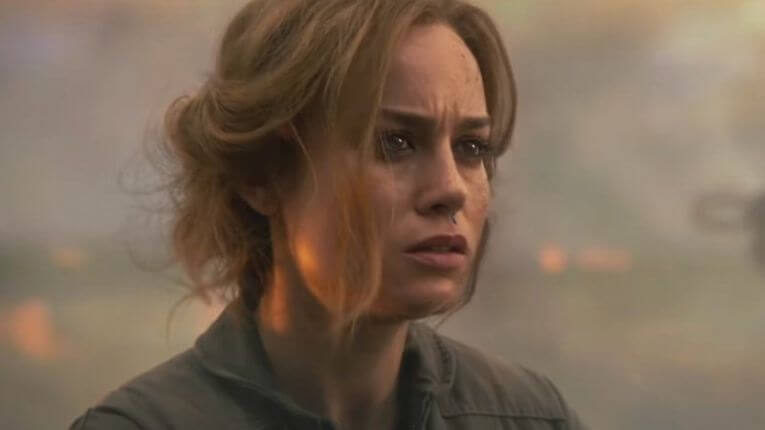 A short reunion happened between Danvers and her bestfriend Maria when the Skrulls arrived. They explained that the Skrulls are merely refugees trying to get home. Lawson is actually a Kree under the name Mar-Vell and she is actually helping them with her jet engine experiment. Danvers remembered that Lawson wanted to destroy the engine’s energy core to keep it from the Kree before she was killed by her mentor Yon-Rogg. She attempted to destroy the core but ended up absorbing the energy, giving her powers but losing her memory from the impact. There she was taken by the Kree.

Danvers located Lawson’s cloaked laboratory ship where more Skrull refugees hid. They also discovered the Tesseract, the power source of the energy core. The Starforce infiltrated the ship and she was captured. But Danvers was able to remove the implant suppressing her powers and battled them one by one. She also managed to destroy Kree Bombers forcing Ronan, the Accuser to retreat whilst promising to be back for her.

She helps the Kree find a new home but left a pager for Fury to contact her if she needed any help. The same pager that we saw from the Avengers: Infinity War.

Carol Danvers is a strong-willed and determined young woman who dreams of becoming a US Pilot. She wants to do something that matters, she wants to serve and be a hero. I love how she never gave up even if as she was a woman trying on the combat exercises in the Air Force. While she was with the Kree, she’s being suppressed so much because they are afraid of her powers and what she can do. But she managed to realize what was going on. She successfully cut it out in order to reach her full potential. And just like any other hero movie, she ended up saving the day.

Brie Larson’s performance is great, her role suits her. She was able to believably portray a strong, determined woman yet struggling with her issues and emotions then later realizing what she is truly capable of. Samuel L. Jackson took most of the scenes, reprising his role as Nick Fury. But my favorite character so far was the space cat Goose.

The movie was getting so much hate ever since the trailer was released. They said the film is too feminist and we all know that radical feminists gave the word a bad name for their man-hating ideologies. Aside from that, I think the film is just like the other Marvel films. A hero’s backstory, his/her humble beginnings, their journey, some action, light comedy, kick ass scenes, saving everyone else and a premise for the next Marvel film. I don’t understand why but I think there’s just people who won’t be satisfied no matter what. I was looking forward to see the movie to figure out her role in the upcoming Avengers: Endgame movie.

Also, is this a hint between Captain Marvel and Thor? Two of the most powerful avengers as a couple? I definitely ship them. 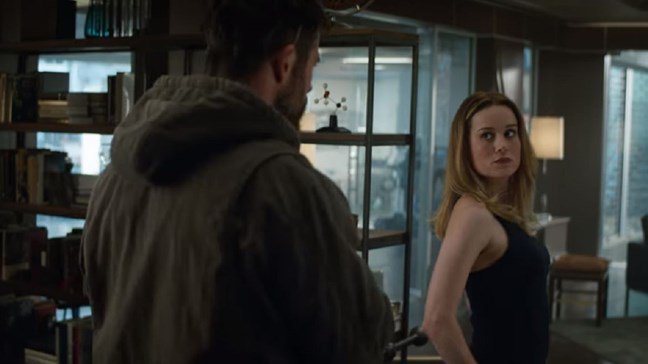